The American McDonald's fast-food giant has forced its general manager Steve Easterbrook to leave the company, considering that he had made an error of judgment by recently committing a liaison admittedly “agreed” with an employee, but contrary to the rules of the company.

The group said in a statement that this departure has “no relation to the operational or financial performance” of McDonald's.

But the board of directors “determined that (Mr. Easterbrook) had violated the company's by-law and that he had exercised poor judgment with respect to a recent relationship with a member of the firm. staff”.

In a letter addressed to employees and consulted by AFP, Mr. Easterbrook himself admitted to having made “a mistake”.

“Given the values ​​of the company, I feel like the board that it's time for me to move on,” he wrote.

McDonald's did not reveal anything about the employee in question, not even if it was a man or a woman.

Mr. Easterbrook is replaced, with immediate effect, by Chris Kempczinski, who has been managing McDonald's activities in the United States to date.

“Chris takes the reins of this great company at a time when the performance is strong and sustainable, and the board trusts him to be in the best position to define the vision and guide the strategy for the company to continue its success, “commented the chairman of the company's board, Enrique Hernandez Jr., in the statement.

“He has the skills and experience to successfully complete our US operations (2017 to 2019, Ed), where franchisees deliver strong financial and operational results, and for overseeing the global strategy, the commercial development and innovation “of McDonalds in 2015 and 2016, he added.

A graduate of Duke University and the prestigious Harvard Business School, he is a regular in consumer goods groups, having previously worked at PepsiCo, Kraft, Procter & Gamble.

Mr. Easterbrook joined the company in 2015 as the company's general manager, which has 38,000 restaurants in more than 100 countries.

Under his leadership, McDonald's shares have doubled on Wall Street and the company's net profit has increased every year.

However, it has not been able to stem the gradual decline in sales of the company, which, like other large fast-food chains, is facing changes in consumer habits, in search of a healthier diet. 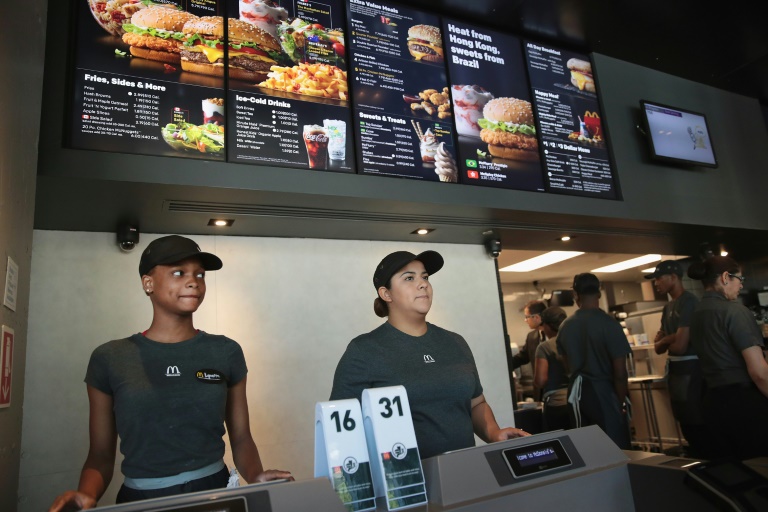 He has tried to revitalize the turnover by simplifying his card, offering an all-day breakfast, sodas and coffees for 1 dollar in the United States or small burgers.

McDonald's has also invested heavily in technologies such as order picking, from kiosks in restaurants or the app on phones, to delivery services.

The fast-food giant, however, disappointed the markets in its latest quarterly report, citing lower-than-expected growth in sales in the US, where it seems to be paying a high price in vegetarian burgers. last mode of the sector.

Workplace connections have cost many CEOs in the United States in recent years, and the subject has become even more sensitive since the #MeToo movement against harassment and sexual assault.

In 2018, Intel microprocessor manufacturer Brian Krzanich and trendy yoga apparel manufacturer Lululemon, Laurent Potdevin, were the bosses who had left their respective companies to work with employees.

In 2016, Darren Huston, CEO of the online shopping site Priceline had to resign for similar reasons. Same in 2012 for Brian Dunn, the CEO of the BestBuy retail group.

a private or political affair?

In “J'accuse”, Roman Polanski adapts the Dreyfus affair to the cinema

In the North, this boss offers trips to employees who quit smoking

“The terrorist threat remains high”, but it has “evolved in its nature”, says the boss of the DGSI

737 MAX crisis got the better of Boeing boss Dennis Muilenburg

“A toxic environment” on the set of The Affair: the reasons for the departure of actress Ruth Wilson

a private or political affair?

In “J'accuse”, Roman Polanski adapts the Dreyfus affair to the cinema

In the North, this boss offers trips to employees who quit smoking

“The terrorist threat remains high”, but it has “evolved in its nature”, says the boss of the DGSI

737 MAX crisis got the better of Boeing boss Dennis Muilenburg

“A toxic environment” on the set of The Affair: the reasons for the departure of actress Ruth Wilson

The artist JR opens a photography training in Seine-Saint-Denis

Marie Laforêt, the "golden-eyed girl", died at the age of 80