Reinventing the currency, the car, medicine or housing: the digital giants as the youngest startup will compete for ideas at the Web Summit that starts Monday in Lisbon, but the most anticipated interventions this year will be mostly political.

The 2019 edition of the great European reap of tech must gather, as last year, 70,000 participants. They will exchange their ideas on the fringes of hundreds of conferences devoted to new mobility, medical applications and robotics, through cryptocurrencies, advertising and media or the conquest of space.

But this year, the new technologies have also become the stakes of the Sino-American trade war, and they are accused of threatening the monetary power, and thus the sovereignty of the States, or to lead to the radicalization of the public opinions.

At the same time, calls to tax and regulate, even dismantle, the giants of the sector have multiplied.

In short, “the tech has become hyper political,” says the Irish Paddy Cosgrave, founder and boss of the Web Summit. “It is inevitable that these issues, which dominate some of the world's newspapers, are at the forefront of an event of the magnitude of the Web Summit.”

The stars of the summit will not this time be brilliant inventors, even disillusioned, but whistleblowers and regulators.

– Snowden and Vestager in Stars –

The debates are due to open on Monday evening with a video conference intervention from Russia by Edward Snowden, a former employee of the US intelligence agency NSA. He has just published a book in which he recounts the reasons that led him to transmit tens of thousands of secret documents in 2013 to several media, and to reveal the existence of a system of global monitoring of communications and Internet. The book is a success throughout Europe.

Thursday, European Commissioner Margrethe Vestager, who last year defended in Lisbon a tax giants of the digital economy at the continental level, will have the final word.

“Margrethe Vestager is incredibly popular (..) as she tries to create a level playing field for innovators, especially in Europe,” says Cosgrave. He describes her as “the most important person in tech”. 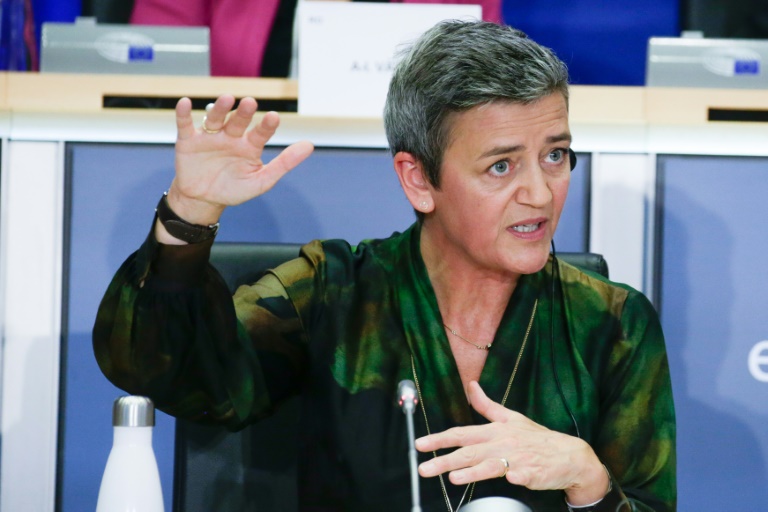 Known for her intransigence towards the Gafa (Google, Apple, Facebook, Amazon), to which she imposed several heavy fines, the Danish has been renewed this year in her functions of Competition Commissioner. She has even taken the lead by also obtaining the digital portfolio and the position of Vice-President of the Commission.

Ms. Vestager will speak after Michael Kratsios, the man in charge of technology policy at the White House. The American will make the voice of the Trump administration, both critical of the Gafa but hostile to their dismantling or plans to tax their profits abroad.

The topic will also feature the intervention of Pascal Saint-Amans, Director of the OECD Center for Tax Policy and Administration. He must present the work of the organization to achieve in 2020 a project of taxation of digital giants and multinationals.

Brittany Kaiser, a former head of repentance of the company Cambridge Analytica, at the heart of the scandal of use of Facebook data for the Donald Trump campaign in 2016, will for its part warn against the risks of the exploitation of the personal data of the next presidential term in the United States.

Another hot spot at the confluence of the digital economy and international politics, Huawei sent his leader Guo Ping seek support from the tech world, while the Chinese telecom giant was banned by the United States, which accuse him of espionage.

Poland: billionaire in chickens and European champion of poultry farming

New year under high tension between the United States and Iran

“Engaged” by the European Union, BlackRock at the heart of a new controversy

Poland: billionaire in chickens and European champion of poultry farming

New year under high tension between the United States and Iran

“Engaged” by the European Union, BlackRock at the heart of a new controversy