The Saudi oil giant Aramco has set November 17 as the start of listings for its takeover bid (OPA) on the financial market of Ryad without revealing the percentage of capital offered for sale, nor the range of prices of the share .

Investors will have until December 4 to make their proposals to buy the title of the public company in what is considered the largest IPO in the world.

These dates were specified in a thick 658-page document released late Saturday by the company on the conditions of its entry, both expected and postponed, on private markets.

Aramco, which produces about 10 percent of the world's oil, is considered the economic gem of the Saudi kingdom, the world's largest exporter of crude, and the mainstay of its economic and social stability.

In the document, the firm says it will reserve part of its shares to institutional investors, including foreign companies, and individual investors, Saudi nationals and Gulf countries.

Aramco states that a maximum of 0.5% of its shares will go to individual investors and that the percentage reserved for the largest investors will be determined later after consultations with its financial advisers and its main international banks.

The firm did not disclose how many shares will be sold for this IPO.

The transaction is expected to be based on a valuation of the company estimated by investors between $ 1,200 and $ 1,500 billion.

Aramco will determine a price range for the shares on Nov. 17 but the final price will be closed on December 5, one day after registration ends.

Aramco Chairman Yasir al-Rumayyan said on Nov. 3 that his company had no plans for a foreign stock market for the moment, thus ruling out the long-talked-about scenario of a two-step deal. .

“For the (international) part, we will let you know in due course, so far it is only on Tadawul,” the Saudi financial market, he told Dhahran, headquarters of the company in the is Saudi.

The IPO of Aramco is the cornerstone of the reform plan of Crown Prince Mohammed bin Salman to generate cash to finance large projects and develop non-oil sectors of the economy.

The government reportedly lobbied wealthy families and institutional players to participate in the IPO, an action presented by some as a patriotic duty. 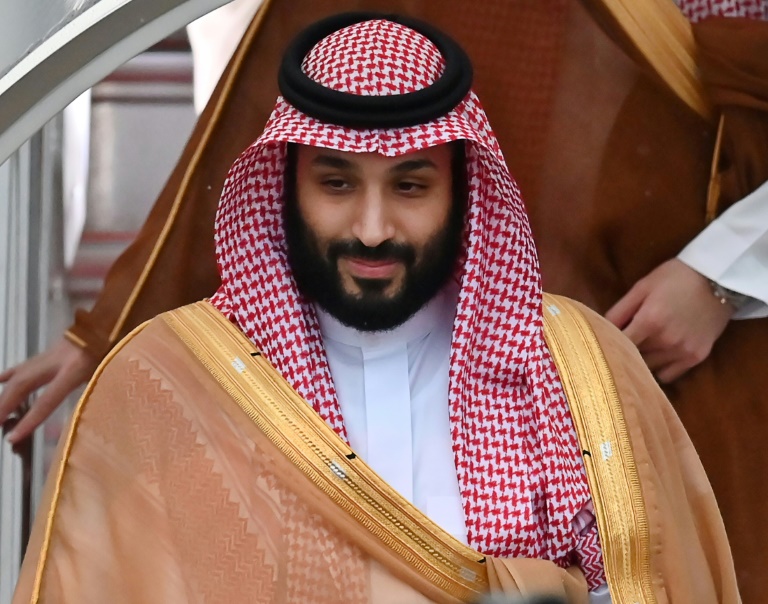 According to some reports, Aramco is also struggling to gain institutional investor support in a context of declining prospects for the energy sector and doubts about transparency and corporate governance.

The Norwegian sovereign wealth fund, the largest in the world, does not intend to invest in Aramco, a Norwegian official told AFP.

Investors are also worried about geopolitical risks to the stock.

The announcement of the introduction comes a few weeks after attacks against major facilities Aramco, against a backdrop of tensions with Iran, regional rival of the kingdom and also a member country of OPEC.

These attacks resulted in a temporary reduction of half of Saudi production.

But China, the world's largest oil importer, could put up to $ 10 billion in the deal through sovereign wealth funds and other state-owned companies, Bloomberg said.

Many Saudis are also enthusiastic about buying shares of the national flagship, which has made their country the largest economy in the Arab world.

Alibaba flames for its arrival on the Hong Kong Stock Exchange

in November, the XV of France must “gain one or two places in the world ranking”

Alibaba flames for its arrival on the Hong Kong Stock Exchange

in November, the XV of France must “gain one or two places in the world ranking”

The secret services recruit and let it know