The “black swans”, it is in the jargon of the brokers the unforeseeable events which make plunge the markets. The past week has seen an almost uninterrupted flight of birds of doom falling on the world's stock exchanges, and sending them from the bottom.

The major European markets ultimately lost between 17% (London) and 20% (Paris and Frankfurt), Wall Street went from convulsions to convulsions. The Dow Jones index lost a tenth of its value over the week.

“We have gone from a health crisis to a financial crisis,” said Alexandre Drabowicz, deputy manager of the equity platform at Amundi.

“We could see that, all good things having an end, we had approached the end” of the longest upward cycle in history in the United States, observes Thierry Le Clercq, fifteen years in the business.

Monday, he remembers, “when we saw that the barrel of oil dropped by 30%, we thought it was not going to be a party”. But from there to imagine such a cure.

To make matters worse, the spread of the epidemic forced Italy to begin confinement. Black gold is experiencing its worst fall since the first Gulf War. On Monday, therefore, investors massively sold their shares and flocked to German and American government bonds.

“A chain of events has continued to amplify the already anxiety-provoking environment,” describes Marjorie Sonigo, director of financial management at Pictet Wealth Management. The market is experiencing a “rise in stress”.

“In the midst of the crisis, you do not see the end, the world seems petrified. Fear takes away all capacity and makes investors irrational,” says Adrian Lowcock, at the British broker Willis Owen.

Faced with this unprecedented pandemic, the world of finance has no benchmark. Tuesday, “we could not predict that Italy will close 100%,” said Mr. Le Clercq.

And the authorities' haphazard responses fail to bring investors to their senses. On Wednesday, the surprise rate cut by the Bank of England (BoE) and the billions promised by the various authorities fail to restore confidence.

Markets, “it's like children, you have to talk to them, reassure them, cajole them when things are not going well”, underlines Mr. Le Clercq.

On Thursday, the Fed's decision to inject thousands of billions of dollars to allow banks and businesses to finance themselves provides a slight respite but, a few hours later, it is the cold shower. Donald Trump's decision to suspend the entry of Europeans from the Schenghen area into the United States for 30 days, followed by ill-received announcements from the European Central Bank, sows seeds of turmoil. 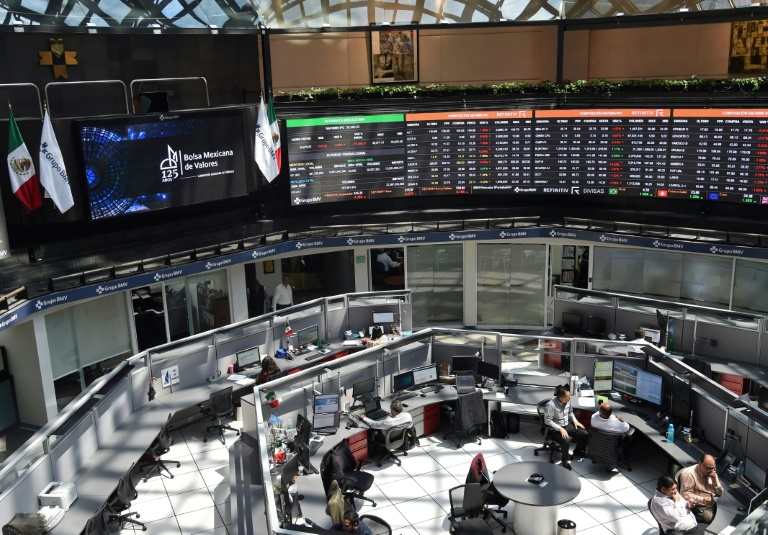 Paris, Milan and Madrid register Thursday the strongest falls in their history. For London or New York, it is the worst session since the stock market crash of October 1987, which had seen Wall Street drown following bad indicators and a turn of the Bundesbank.

“Everyone is shocked by the speed of the events”, describes Alexandre Drabowicz. “The difference from 2008 is the record speed of decline.”

“We looked at each other in the face of the destruction of instant valuation”, but “we tried to be roughly rational”, also reports Mr. Le Clercq.

“If the euphoria rises gradually, panic is always very violent”.

Friday, the world places took a little color. But everything remains unpredictable at this stage.

The note is salty for large fortunes. Jeff Bezos, the world's richest man, saw his fall 8 billion in seven days, according to real-time figures from Forbes magazine. Frenchman Bernard Arnault, CEO of LVMH, lost 14 billion in one week.

All these losses are virtual because the big fortunes have not sold their securities and may be able to recover if the markets recover.

The psychlogical impact will also be significant for the average American, in a country where one in two citizens owns shares, most often via retirement savings plans.

And now? The only certainty for Ms. Sonigo: “the first half is dead” and it will take “a combination of a decline in the epidemic and a courageous monetary, fiscal and budgetary policy” to get out of the trap.

In the meantime, “we will have to get used to seeing stock market indices make at least 5% variation per day”.

“This week has been unlike anything known,” said Ipek Ozkardeskaya, analyst at Swissquote Bank. He sums it up as follows: “Managing panic, misunderstanding, and fatigue.”

New world. What is the “cell broadcast” that would easily warn the population in case of disaster?

French of the world. The Erasmus experience under Covid-19 in Norway

Mouse quarrel, economic crisis in Lebanon, Covid-19 … a week of news in pictures

Since early October, an outbreak of events in the world

the new alert from the World Health Organization

New world. What is the “cell broadcast” that would easily warn the population in case of disaster?

French of the world. The Erasmus experience under Covid-19 in Norway

Mouse quarrel, economic crisis in Lebanon, Covid-19 … a week of news in pictures

Since early October, an outbreak of events in the world

the new alert from the World Health Organization

Coronavirus: state of emergency in the United States